Hospital admissions for Covid are flat-lining. But deaths are clearly rising.

COVID cases are increasing rapidly in the UK:

These represent preventable hospitalisations and deaths.

This reeks of: let them eat cake 🤮

Corporate bosses at Davos - with all their free PCR tests, air filters & #Covid killing UV light - moaning about the peasants working from home!

The privilege is beyond belief! 🤯 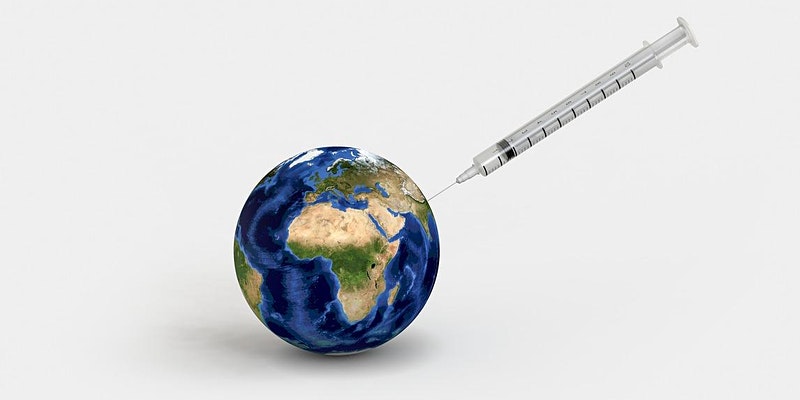 By blocking patent waivers and cutting foreign aid, rich countries are making us all unsafe. No one is safe until we are all safe!

Whilst cases are dropping in the UK, it is important that we remind ourselves of the shocking scenes around the world.

In India, the huge rise in cases has quickly overwhelmed the country. Severe overcrowding and an inadequate healthcare system have ensured that the death toll rises out of control . The government’s strategy, modelled on the failed strategy in the UK, has led to catastrophic results.

In Brazil, President Jair Bolsonaro slavishly followed the Trump model of complete disregard for the virus and took no decisive actions to protect the population. His outlandish claims that some unspecified superiority of his people would protect them has of course led to disaster.

These failings however, do not absolve richer countries of their part in this crisis. By allowing the virus to circulate in their countries they created dangerous mutations. It is widely reported that the mutation ravaging Delhi is UK grown, specifically the Kent variant.

Rich countries have also hampered, instead of helped these countries in their response to the pandemic. The US initially blocked the export of components to make vaccines and richer countries have blocked a patent waiver for vaccines, although some countries are now changing their mind.

Join us as we discuss the global struggle for medical equality, vaccine access for all and the ongoing need for a Zero Covid strategy.

On Tuesday 20 April 2021, 6:30pm, the Zero Covid Coalition hosted a webinar on how this pandemic has exposed and deepened those inequalities and how we can fight back. You can watch the video here: