I think the UK has so much to learn from countries with far more experience with infectious disease control. This sort of exceptionalism and overreliance on vaccine/therapy only approaches is continuing to cause a lot of preventable disease - impacting health, economy & society.

This sort of thinking is exactly what's led us to the point we are now- with >22K deaths this year, 1.8 million people with long COVID, massive societal and economic disruption, educational disruption, and the NHS crisis.

A short🧵on covid deaths ahead of today's @IndependentSage briefing:
https://www.youtube.com/watch?v=89cF8DuqI88
TL;DR Good news is that covid deaths look to be coming down now.
1/4

Guests who will join:

See you all on Friday! 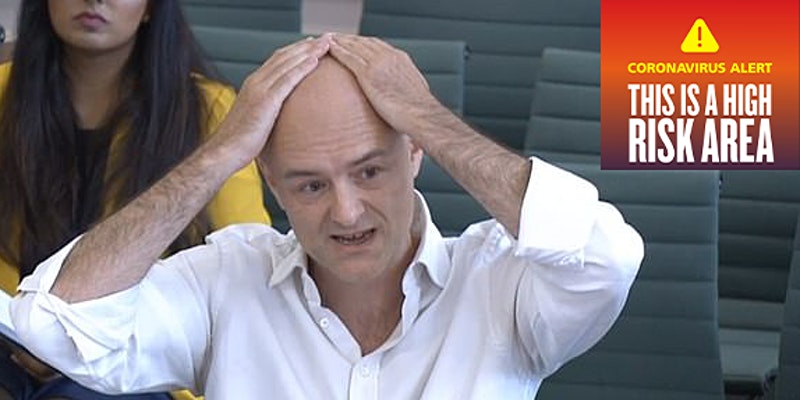 The evidence from Dominic Cummings has highlighted the how reckless the government has been since the pandemic began. As Cummings admits, the government he once worked for adopted policies that led to tens of thousands of avoidable deaths. This is one of the most shameful periods in modern British political history.

The revelations come at a time when there is growing and justified concern about the spread of new variants and the rise in new case numbers. These strains emerging globally can be more transmissable, or more severe or could even develop some degree of vaccine resistance. These are real risks.

We in the ZeroCovid Coalition and our many allies have repeatedly warned that vaccines are not a magic bullet, that allowing the virus to freely circulate was also allowing it to mutate and that a maximum suppression strategy was needed, as other countries have successfully implemented. Unfortunately, both the evidence of previous government failures and the risks in the current situation have proven that our warnings were correct and should have been heeded.

But it is not too late. Because case numbers have declined significantly from their peak, and because vaccines do have a strong positive effect, the additional effort to achieve Zero Covid in this country is much less than it was. As a minimum, a government following the data would postpone the June 21st reopening until the overall situation was clearer. The time should be used to correct all the failings of the current test, trace and isolate systems.

We should always have had a Zero Covid strategy to save lives. We still can.