Seems as if there is no Tory donor who can make a mint out of face masks.
https://inews.co.uk/news/covid-rules-school-face-masks-children-classrooms-nadhim-zahawi-1415329

'I keep wondering what people making these amazing predictions know, that I and @WHO don't'

Dr David Nabarro says he does not agree with gov advice to 'treat COVID like the flu', as there are more variants "on the way."

"The people who should be complaining right now are our overworked healthcare workers. But no, it's never them moaning or whingeing about the pandemic - it's the Bari Weisses & Bill Mahers & Tucker Carlsons of this world!"

My #minirant tonight on @MSNBC:

This is deeply worrying. How can our academic institutions implement this approach given that there may be clear risks from inadequate ventilation in some teaching spaces? https://twitter.com/mikeotsuka/status/1484466338034864128

👀Orwellian red-underlined command from the govt's latest HE guidance👇. Even if this is assessed as too risky, based on best evidence & analysis, we must pretend that everything is now as it was before the pandemic. Ignorance is strength. (@ucu)
https://assets.publishing.service.gov.uk/government/uploads/system/uploads/attachment_data/file/1048605/180122_Higher_education_COVID-19_operational_guidance.pdf 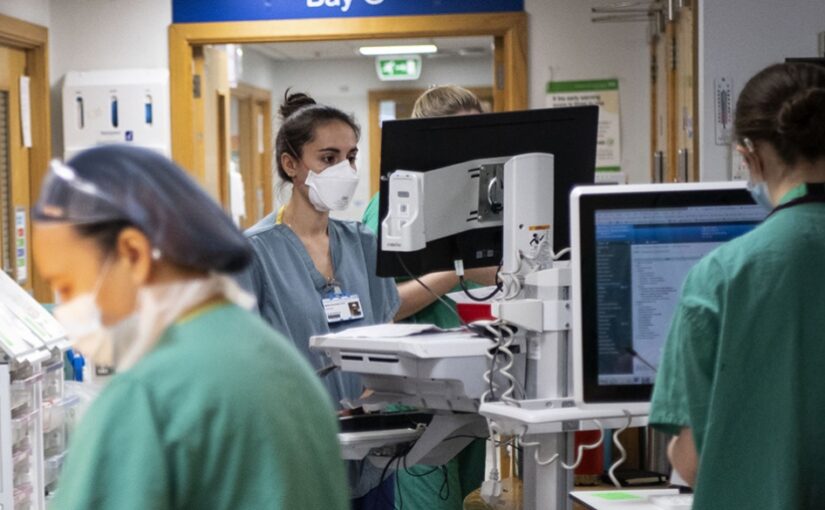 NB. This article first appeared in the Morning Star.

LABOUR’S Diane Abbott and the Morning Star call today for all forces striving for a Zero-Covid strategy to suppress the virus to build a united campaign to change government policy.

“Zero Covid” — a policy aimed at eliminating rather than managing coronavirus — has had great success in driving down infections to negligible levels in countries including New Zealand, China and Vietnam, saving hundreds of thousands of lives and allowing ordinary economic and social life to resume.

Britain entered its third national lockdown this week as new cases continue to soar, with well over 50,000 new infections reported yesterday and 1,162 deaths — bringing the total to over 77,000 deaths, compared with under 5,000 in China, 35 in Vietnam and just 25 in New Zealand.

“Recent history has shown that there can be no return to any semblance of normal existence until the virus is suppressed,” Ms Abbott and Morning Star editor Ben Chacko write in today’s paper.

“Wherever governments, including this government, have tried to do that without effectively eliminating the virus, there has been a renewed upsurge in cases.”

Groups that have previously backed a Zero-Covid approach, which has involved combining lockdowns with proper financial support and effective test, trace and isolate systems, include the Independent Sage group of scientists, the Socialist Campaign Group of Labour MPs, the People’s Assembly, Stand Up to Racism and the Zero Covid campaign.

But building a new Zero-Covid coalition would help “amplify their work, bring the maximum number of forces together and encourage greater collaboration between them,” Ms Abbott and Mr Chacko say, announcing an online launch meeting on Sunday January 24.

Richard Brenner, a founder of the Zero Covid campaign, said: “It’s never been more important to rally broad forces from the labour movement and the medical and scientific professions to force a change of strategy.

“We founded Zero Covid last year to fill a serious campaigning gap and have been struck by the speed with which we’ve gained support. Our online conference on January 16 and the Morning Star event on January 24 will be vital steps in building a movement that can save thousands and thousands of lives.”

Labour MP Richard Burgon said: “Our government’s approach of striking a so-called ‘balance’ between the economy and saving lives has been a disaster and caused huge damage on both fronts.

“In contrast, life is returning to normal in those countries following a Zero-Covid plan.

“The vaccine offers us life at the end of the tunnel — but it will take many months to roll it out. To break the cycle of going in and out of lockdowns we need a new strategy.”

The People’s Assembly’s John Rees said: “We can’t afford another wasted lockdown from Boris Johnson. We need the vaccine rolled out faster, greater financial support for workers and for this to be the very last lockdown. A Zero-Covid strategy will deliver that.”

Stand Up to Racism said the pandemic’s disproportionate impact on BAME communities had been stark, “from the thousands of deaths to the economic impact, and the use of police powers against black communities.”

A Zero-Covid strategy was needed to address the pandemic and the inequalities it has intensified, it said. “This must be a priority for all anti-racists, which is why Stand Up to Racism is proud to support it.”